Flying from Delhi to Auckland was long, very long. Especially with the low cost flight with AirAsiaX that we had booked. They were communicating so badly that it was quite complicate to understand what was happening (for food, for schedules, for everything). But our stopover in Kuala Lumpur gave us the occasion to see Hana,  a scout friend of Emilie, and enjoy sushis with her in a nice restaurant located near the World Scout Bureau. 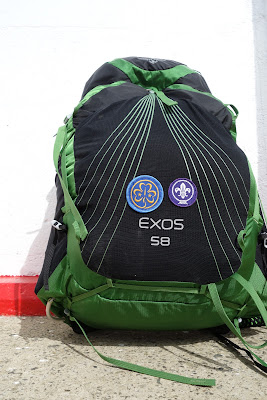 After we landed in Auckland, we passed the immigration check, before queuing for the bags control. New Zealand puts a great emphasis on the protection of its endemic species. To achieve that, they have very restrictive policies about what you can bring or not to NZ. Fresh food, fruits, seeds, vegetables,... are forbidden. But you also have to declare your hiking gear and it has to be perfectly clean. Otherwise, they would clean it themselves.
That's when queuing for the control that Emilie realized that the immigration officer had mistakenly stamped a 3 months visa in her passport instead of the 6 months visa granted. She had to walk back the huge queue and ask for the right visa to the immigration officers.
After that, everything went well and we passed the customs with our clean gear without any other difficulty.
From the airport, we took a taxi to the house of Niyati and her family. She is a friend of Richa, the friend with who we traveled in India. Niyati and her family invited us to stay at there place when we were Auckland, without even knowing us. We had a wonderful first evening in Auckland with them.
The 2 next days were dedicated to the preparation of our trail. We went to meet the team of Frogs in New Zealand, our sponsor, that will send us our gear and maps at different locations on the trail. It was nice to meet them in real after talking to them through emails. They are a French speaking travel agency so it was very comfortable for us to discuss everything with them in french. We went to buy the supplies we needed for the first days of the hike and booked our bus trip to Kaitaia. Kaitaia is the place from where a trail angel will pick us up to drive us to Cape Reinga. 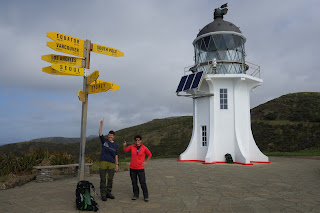 1st November : from Cape Reinga to Twilight Beach (12 km)
After flying from Delhi to Auckland, after buying our supplies, after a 7 hours bus ride and after an hour and an half of drive... Here we are, at Cape Reinga, on the 1st of November !
Cape Reinga is the far north of the northern island. It's very windy. Ollie, the trail angel that came to catch us at the bus stand in Kaitaia, told us a lot of stories about his beloved region while driving. He left us at 5 PM at Cape Reinga and advised us to pitch our tent on a small campground at the end of the first beach.
After the traditional picture at Cape Reinga's lighthouse, we hit the trail for the first time. Emotion. 3000 kilometers of trail are in front of us. There are 2 other hikers departing at that same moment, a German and a French girl, both carrying huge backpacks. 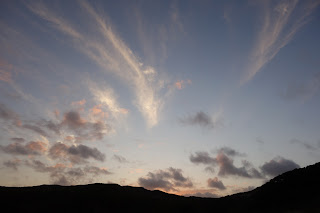 The landscape is gorgeous : beaches, cliffs, hills, flowers and a beautiful blue sea. After reaching the end of the first beach, we couldn't locate the campground with water and toilets that Ollie had told us about, so we decided to continue to the next official campground of the trail, located 12 km far from Cape Reinga. We eventually reached the campground at 8:30, just after the sunset that we enjoyed from the beach. We were welcomed with applause by fellow Te Araroa trampers that had arrived here for hours. 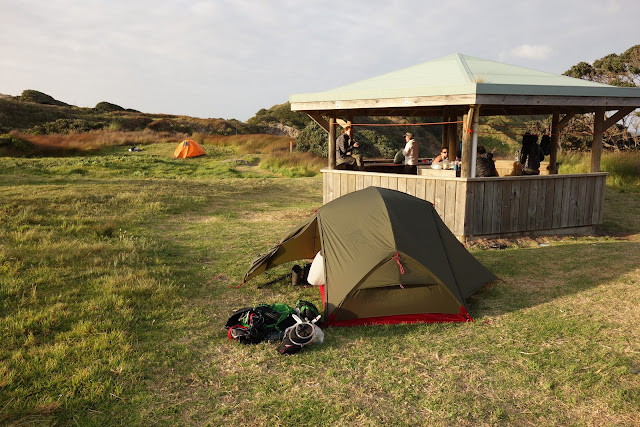 2nd of November  : Twilight Beach to Mauganui Bluff (28 km)
The next day, when we woke up at 6:30, most of the hikers were already packing their tent, eating their breakfast or leaving the camp. Today, we have to walk 28 km till the next campsite. That's too much and we would have preferred to walk less than 20 km for the second day. But there is no choice : water, dunes and protected areas are limiting drastically our options.
After an hour and an half of hike, we reached the Ninety Mile Beach. This is not true however, the beach is much closer to 60 than to 90 miles. Anyway, we know that we'll walk on this beach today and the next 3 days, for a total of 84 kilometers. 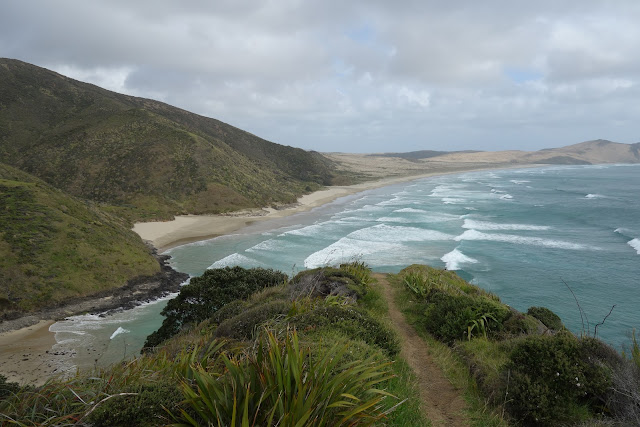 Between you and us, even if it's a beautiful place, walking 4 days on a beach is quite boring. However there were some attractions from time to time, which would make us really excited. For example, we would see some shapes far away and we had to guess what it was. A bird? A fellow hiker? A branch of tree? A dead seal? A plastic container? Or even a 4WD or a tourists bus?
When we arrived at the campsite around 4 PM, we enjoyed exchanging with the other hikers. The ambiance is really nice and friendly. 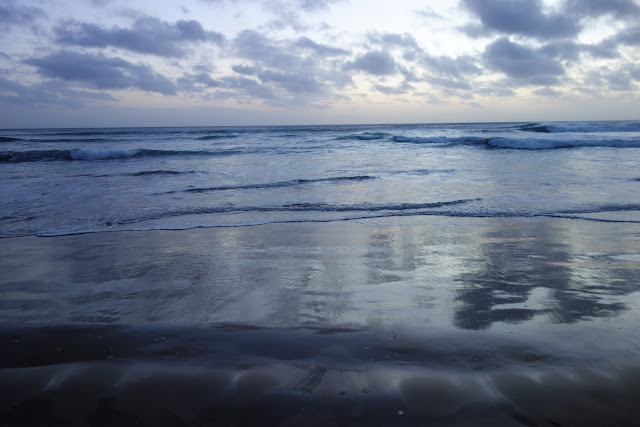 We're also lucky with the weather. It's sunny but not too hot thanks to the wind.

3rd November : The Bluff to Utea Park (30 km)
28 km was very tiring yesterday, today is worse.
After hiking 25 km, we started to feel all our muscles. Our feet were sore. We started joking together, imagining that we were 50 years older than now and reminding together the good memories from the past and especially from the Te Araroa trail. We laughed a lot with our role play.
The last 2 kilometers were nearly unbearable, especially for Emilie that had painful ankle due to some weird painful spots.
The good part of the day was that hot showers that were available at the campground where we stayed. We even had a bier together before going to sleep, thanks to the supplies brought by the family owning the campground. 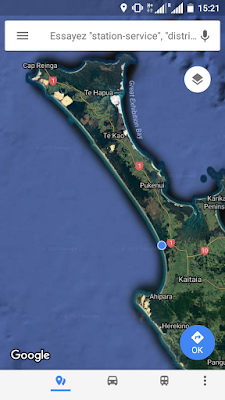 Utea Park to Waipapakauri (17 km)
Hiking 17 kilometers in a day, that so relaxing! That's how we were feeling today. It was so short in comparison with the previous days.
We arrived early at the camping, a private owned one that was much more expensive than what was written in our trail notes.
Our tent bravely supported the rain we had during the whole night there. Thank you Seeonee for the good advice, we're super happy of the tent (and the rest of the gear as well!).

4th November : Waipapakauri to Ahipara (14 km)
Taking into account the tides, we left at 9:30, long after all the other hikers, and took a path in the forest. We joined the beach at 10:45, when it was already a bit lower. That way, we were able to avoid having to walk in the dunes or getting our feet wet.
It was an easy day and we were full of energy when we arrived in Ahipara. We've already hiked 100 kilometers, 1/30 of the full trail! We'll stay here 2 nights, the time to fully recover from the previous days.
We go to the supermarket in Kaitaia by hitchhiking. We are lucky to be taken by a French guy, Jean-Philippe, that brings us to the supermarket and offers us the return ride.  So we buy everything we need for a barbecue and a big salad! Party time. We even choose randomly  a bottle of Pinot Noir to try tonight.

Time to rest, time to enjoy... Day after tomorrow, we'll start the forest route, a very hard section of the trail that will lead us in dreadful muddy subtropical forests ! 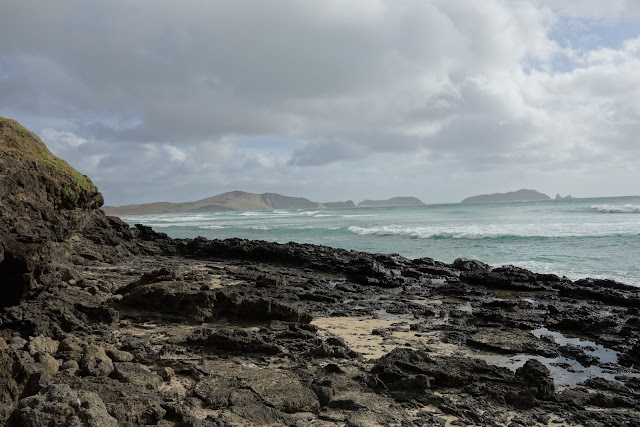 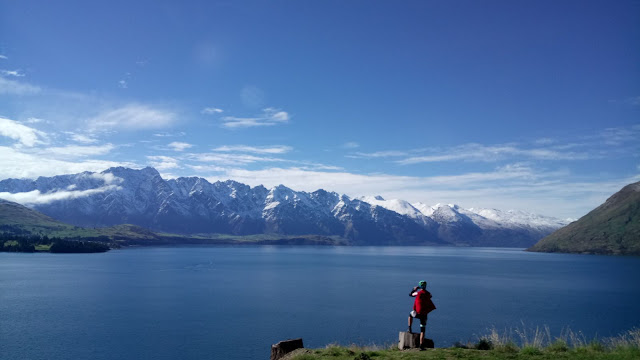 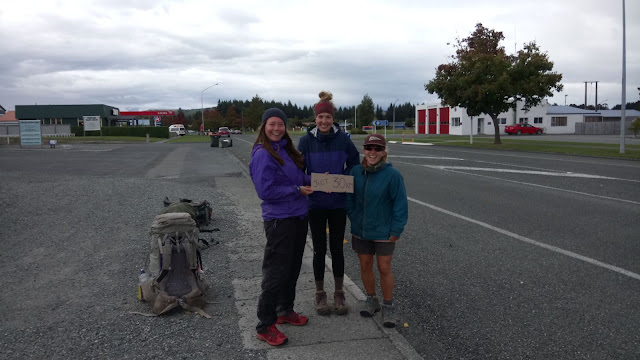 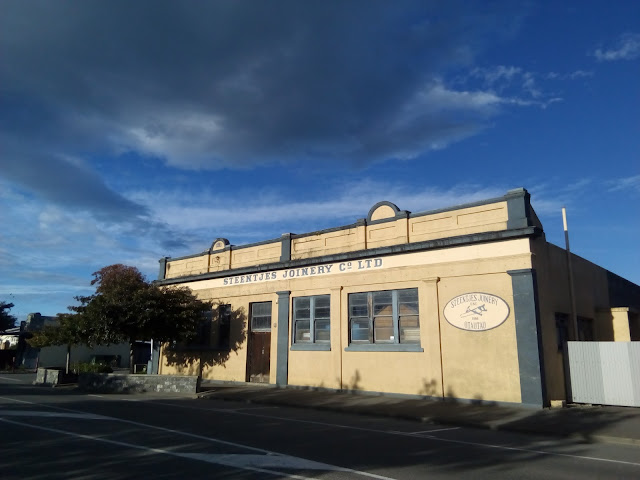